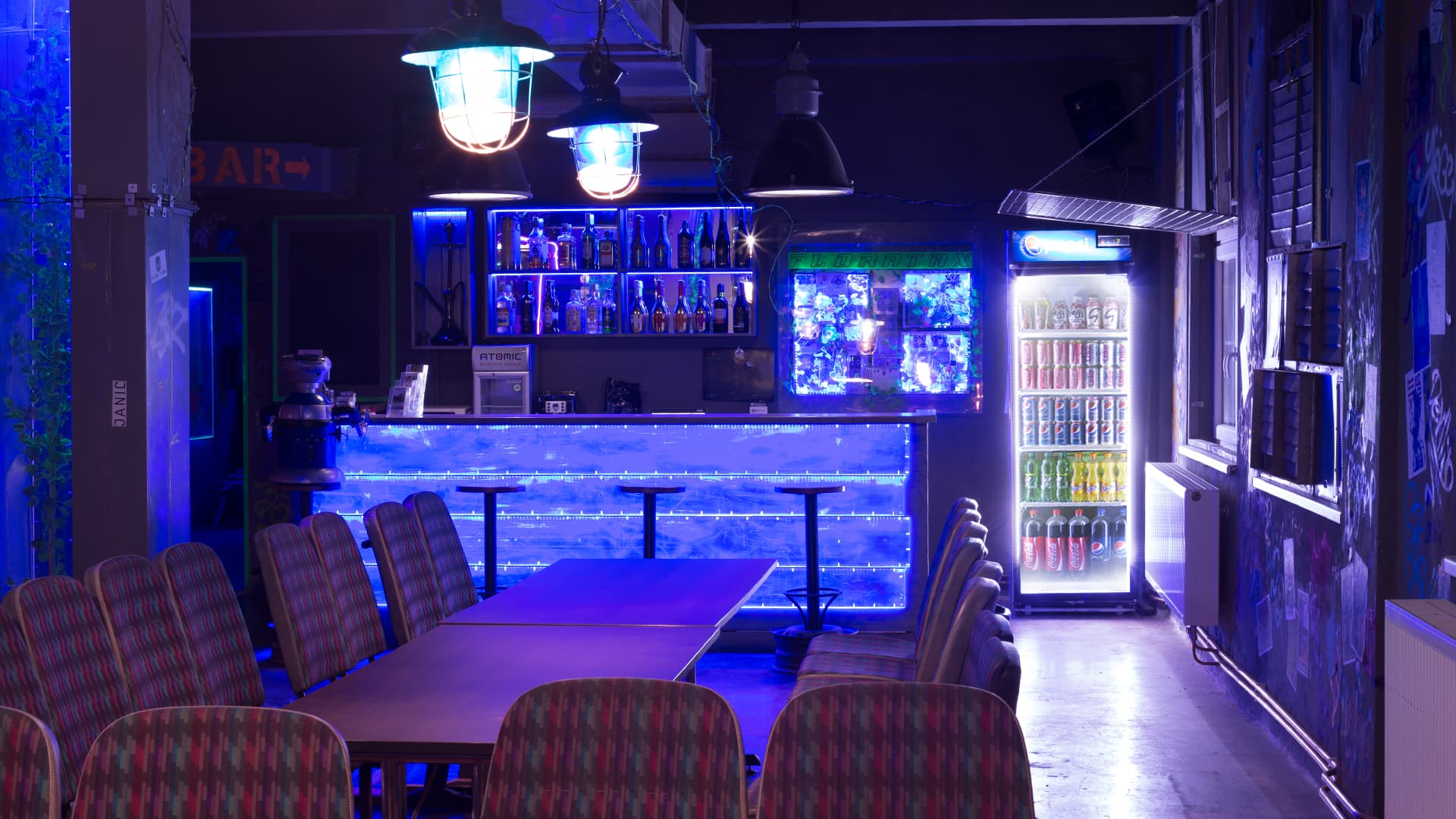 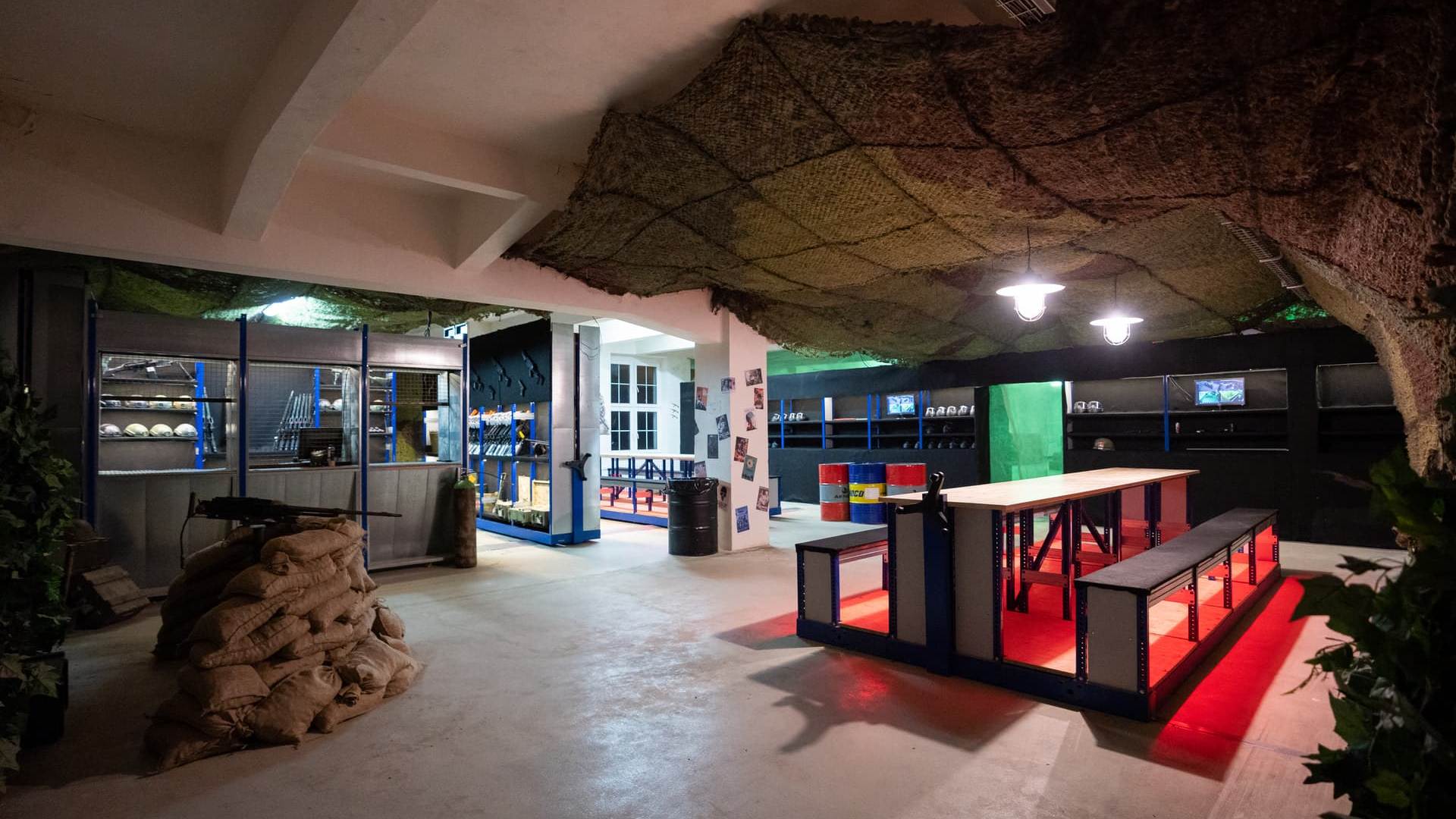 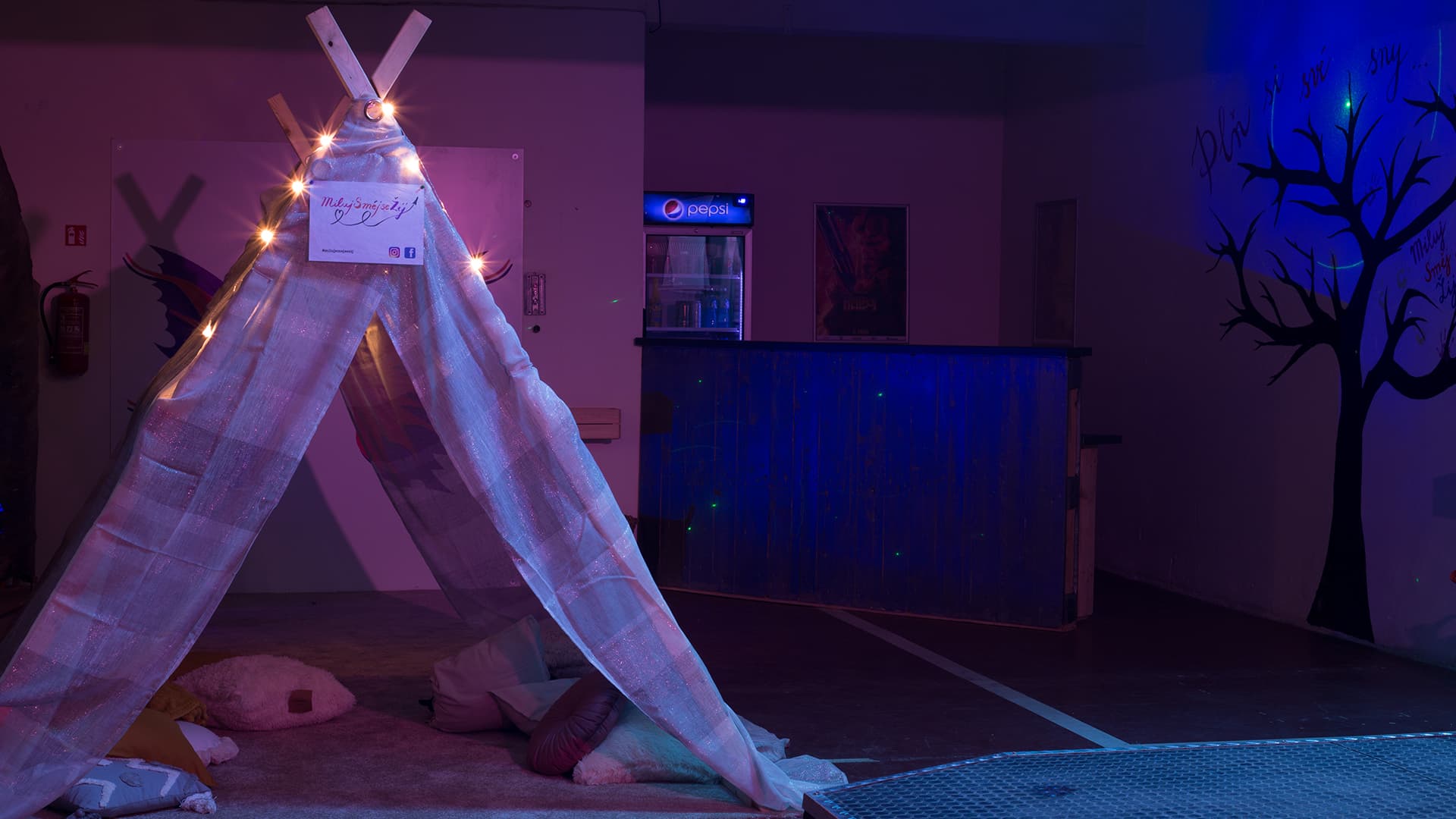 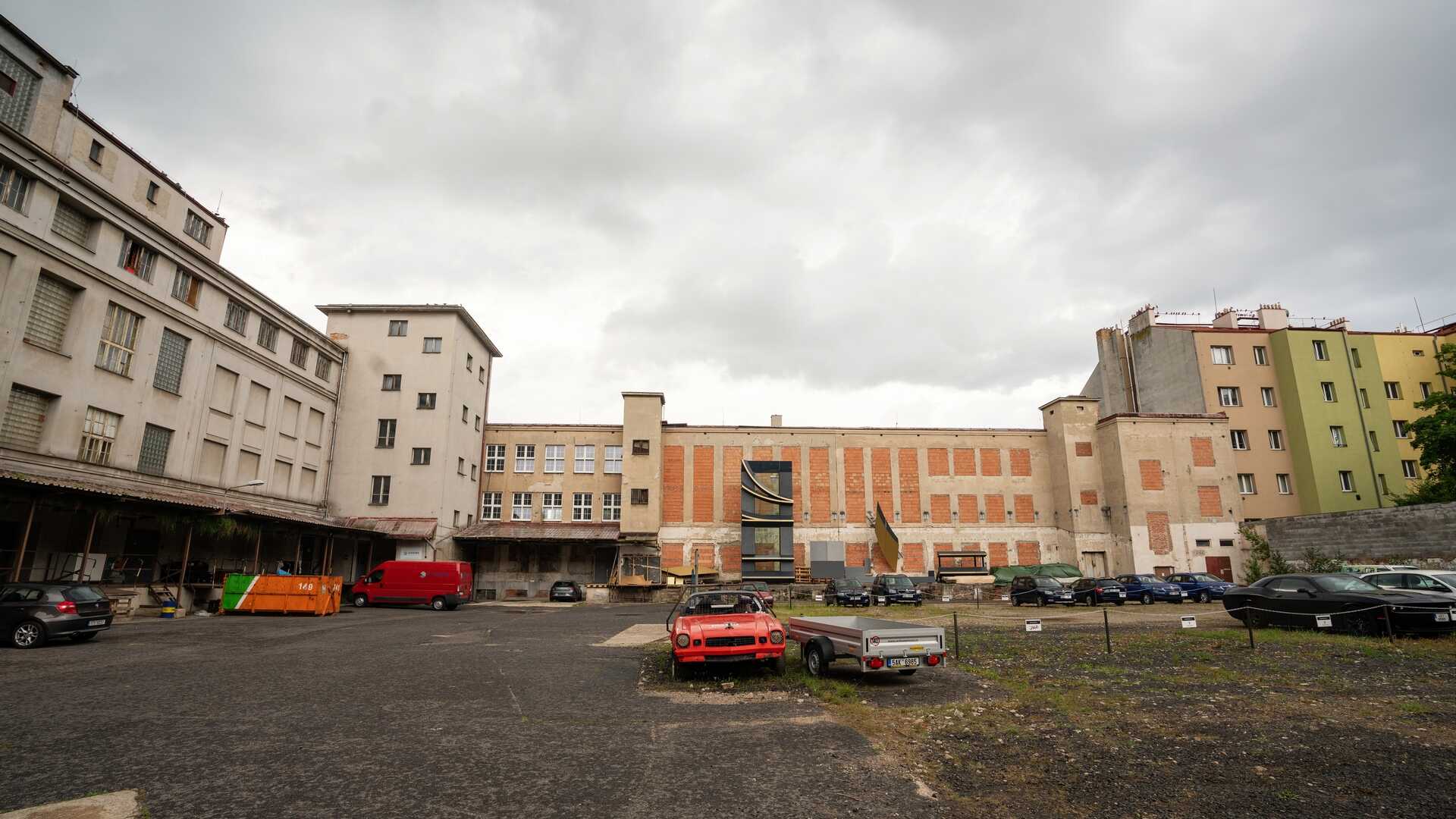 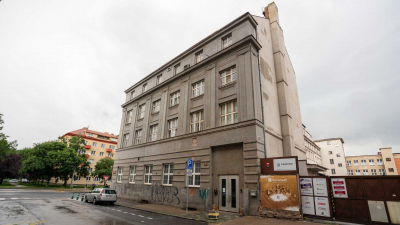 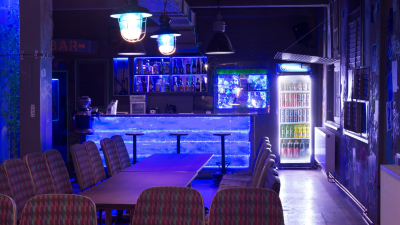 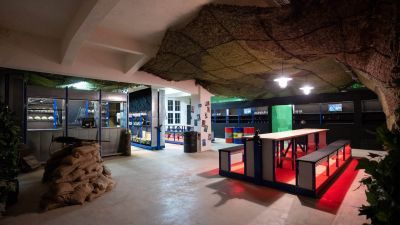 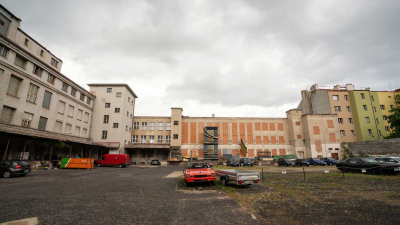 FUN ARENA is the perfect place for private groups (STAG & HEN parties or just for friends) and company teambuilding sessions. You will be amazed by the options we offer: Paintball, Nerf, Extreme Archery, Airsoft, Shooting range, Bubble football and that´s all by far!

FUN ARENA is not just a place for entertainment and to relax, but is also situated in a unique historical scenery ... The arena is located in the heart of the former Nusels brewery, which is a national heritage site since 2000. It was established in 1694 and was the biggest industrial brewery in that time. In 1960 it was rebuilt as a malt-house and many other buildings in the complex were taken over by "Czech winery" (the remaining highlight is the biggest wine barrel in Czech, stored in the cellar). Recently, the place is occasionally used by film directors to realize their dreams in movies. Our "arena" is actually the place where scenes of Angelina Jolie where shot for the movie WANTED and where Tim Burton filmed his commercial for Timex watches.

The place where the melt-house and storage room were, is now Fun Arena! It´s used many years by our company AGS Trade s.r.o. (division Paintballgame.cz). In the beginning we only used the area for paintball (reball). After some years we decided to invest in this beautiful place and make it more accessible for everyone who loves entertainment and has an eye for historical places. Here is where you will find our four fields that we use for dozens of activities, the bar, the changing room, ours sanitary facilities and of course the DAGRECKER Airsoft shooting range. We also have free Wi-Fi, light effects, projectors and perfect audio for your comfort. We believe it is the perfect place for company parties, teambuilding sessions, or just for hanging with friends after some tough games on the fields.

31.3.2021 - Fun Arena left its long-term location and moved from former Nusels brewery to a new and better place near the O2 Arena.

Since we like spaces with history, the new location of Fun Arena is no different. The history of the building dates back to 1921, when it served as the central warehouse and factory for Julius Meinl a.s. The building also experienced bombing during World War II and on March 25, 1945, a large part of it was destroyed in an air raid. After the end of all Julius Meinl activities in the Czech lands, the famous Kliment Meat and Delicatessen was located here. Nowadays, the complex is owned by Vysočanská ASSET s.r.o. and its manager is SupremeXP Enterprise s.r.o. The company operates the SupremeXP platform combining a Game Zone or Movie Library. Thanks to this, Fun Arena is once again getting into the film theme and hinting at the film history in Nusle.

The new Fun Arena is located less than a 100 m walk from the B Českomoravská metro station, so excellent public transport accessibility is guaranteed. At the same time, the complex has a large courtyard with more than 100 parking spaces, so even visitors with a car will have no problem.

Just like the original Fun Arena, there is also a stylish environment, this time in the design of futuristic Cyberpunk, or 4 playgrounds for dozens of different activities, a bar and sanitary facilities. What is new, however, is a much bigger, airier and finely tuned space that will not only charm you with its Cyberpunk atmosphere, but also allow the creation of new activities such as HADO, iRacing or speedsoft playgrounds at the world level. In addition, the space now allows you to host your events up to hundreds of people. The building also houses the Museum of Games - Arcade Lite, which is much larger than the original one in Nusle and offers a VIP lounge or a club room for gamers equipped with classic computers.

7.12.2022 we officially opened the new Fun Arena in the centre of Prague. Entertainment, events, adrenaline. Unforgettable corporate events and teambuilding. The best birthday parties. Wild bachelor parties. And that's not all! Four floors of entertainment, cultural and event center from where you won't want to leave. Unique not only in the Czech Republic!

A space that you can imagine as a small city from the dystopian world of Cyberpunk, full of traditional and non-traditional activities such as HADO, Axe Throwing, Human Table Football or Battle Robots. You'll also find a square with a bar, the Forrest geek area where you'll feel like you're on Pandora in Avatar or a game room with pool, table football and darts. Underground City is such a unique space that it is impossible to describe in words, but it is a must-see!

An arcade game room in the style of futuristic Cyberpunk, where you will find 120 video game machines from all over the world, from classic to modern, from the well-known ones to unique ones that you won't find anywhere else in Europe. Races, simulators, shooters, RPGs, fighting games... some for up to 4 players. There is also a VIP lounge suitable for birthday parties or private gatherings with friends / colleagues or a DOOM room with retro computers connected to the LAN and the possibility to party with friends or colleagues DOOM, Unreal Tournament and other classics from years past.

A Fantasy and Lord of the Rings-style board game bar where you can play over 100 board games with friends/colleagues, measure your strength in Magic the Gathering or Pokémon card games, or go on an adventure with your party in the D&D VIP lounge built just for Doungeons and Dragons or Warhammer. There are stylish drinks like Mana Potion, Health Potion, Stamina Potion, ... as well as delicious homemade toast from John, who is also the owner of this awesome game room and will be at your disposal throughout your visit.

Photography studio and equally beautiful event space adapted for corporate events, lectures, conferences or film screenings. If someone does not like Cyberpunk or Fantasy style, Studio Petrská with its dominating feature - Tiki bar with heated sand, is the right choice. 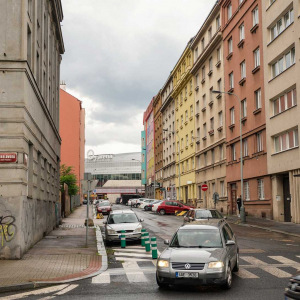 FUN ARENA is located less than 100 m from metro B Českomoravská. 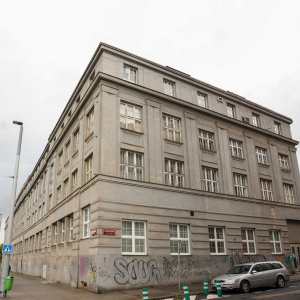 The history of the Fun Arena dates back to 1921. 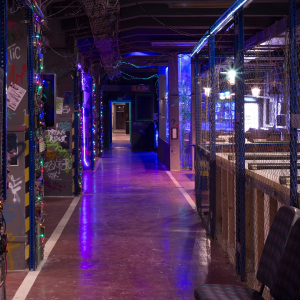 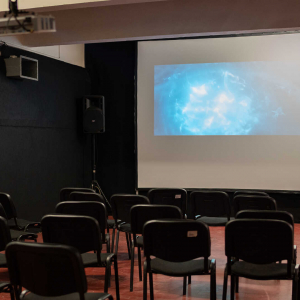 (NON)cinema for public and private screenings.

There is a children's zone with plenty of additional activities. 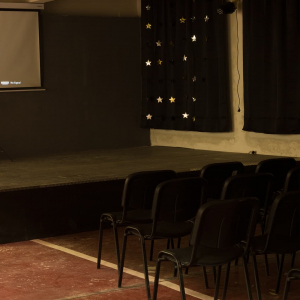 Work space is a space for your trainings, presentations or workshops. 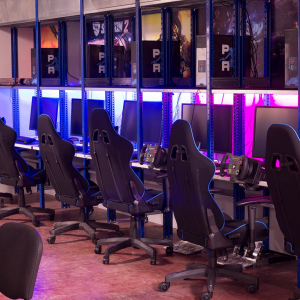 Geek Area as an ideal place for private gatherings with friends or for children's parties.

Chill out and shisha 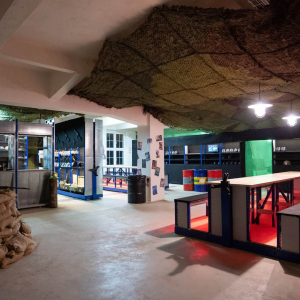 Armoury and seating at Vietnam Arena 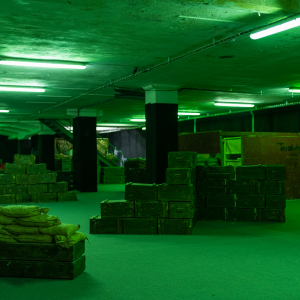 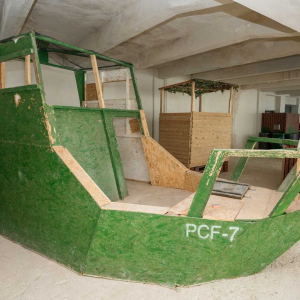 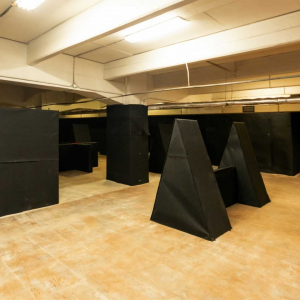 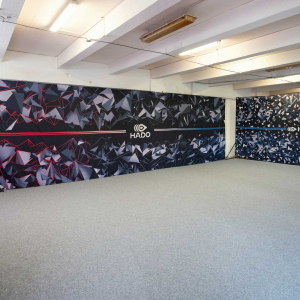 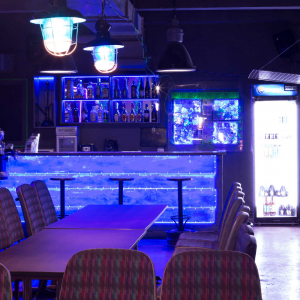 Stylish bar and a wide range of alcoholic and non-alcoholic drinks. 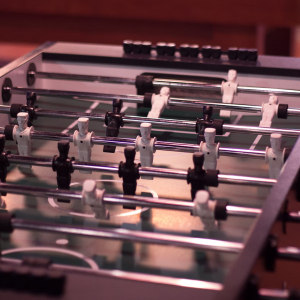 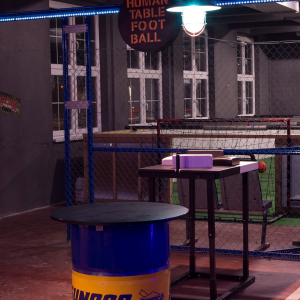 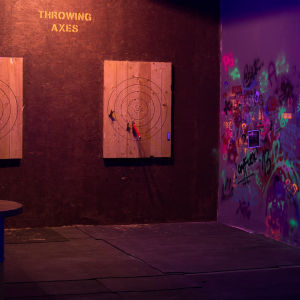 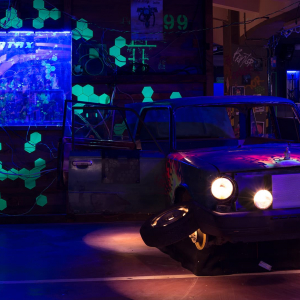 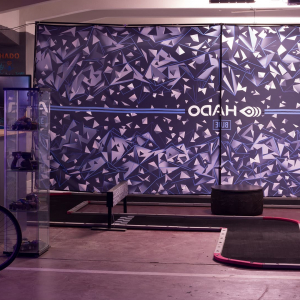 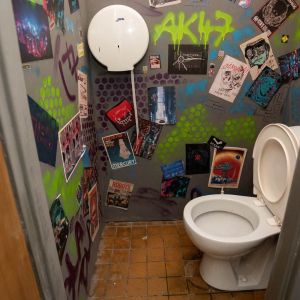 For Fun Arena to work as it should...

Cookies and similar technologies help us to improve the use of our website, improve it and develop other services for you. They also help us to know your preferences and make it easier to show you exactly what you are looking for. If you accept all cookies, you allow us to use them for all the purposes mentioned above. But you can also choose your own settings, or against taste no quibble. Your choice will apply to www.funarena.cz and its subdomains. If you want to change your settings in the future, you will find a "Cookies settings" tab in the footer.

Fun Arena to your taste.

On this page you can set your consent for the individual purposes of generating and using cookies.